Standing on the shore with the dim lights of the stars illuminating the wide ocean, the leatherback turtle starts hauling itself out of the shore break and onto the beach. It begins a journey up towards the dune to lay its’ eggs. The whole time, I’m watching this just thinking why? Why is this creature pulling itself up the sand doing something its clearly not built for.

After a number of hours, when she gets to the top, she goes into a trance like state, laying her eggs in the exact same place she was hatched 50 – 80 years ago. It’s a prehistoric dance which contextualizes your own existence in one, unexpected, beautiful and sad moment. You, and this turtle and the beach that you’re standing on, and the car you drive and the tomato you eat are part of one unified, ever changing ecosystem. Inescapable in its complexity and compelling in its natural logic.

Leatherback turtles have the most hydrodynamic body design of any sea turtle, with a large, teardrop-shaped body. A large pair of front flippers powers the turtles through the water. Like other sea turtles, the leatherback has flattened forelimbs adapted for swimming in the open ocean. Claws are absent from both pairs of flippers. The leatherback’s flippers are the largest in proportion to its body among extant sea turtles. Leatherback’s front flippers can grow up to 2.7 m (8.9 ft) in large specimens, the largest flippers (even in comparison to its body) of any sea turtle.

The leatherback has several characteristics that distinguish it from other sea turtles. Its most notable feature is the lack of a bony carapace. Instead of scutes, it has thick, leathery skin with embedded minuscule osteoderms. Seven distinct ridges rise from the carapace, crossing from the cranial to caudal margin of the turtle’s back. Leatherbacks are unique among reptiles in that their scales lack β-keratin. The entire turtle’s dorsal surface is colored dark grey to black, with a scattering of white blotches and spots. Demonstrating countershading, the turtle’s underside is lightly colored.[19][20] Instead of teeth, the leatherback turtle has points on the tomium of its upper lip, with backwards spines in its throat (esophagus) to help it swallow food and to stop its prey from escaping once caught.

D. coriacea exhibits several anatomical characteristics believed to be associated with a life in cold waters, including an extensive covering of brown adipose tissue,[29] temperature-independent swimming muscles,[30] countercurrent heat exchangers between the large front flippers and the core body, and an extensive network of countercurrent heat exchangers surrounding the trachea.[31] 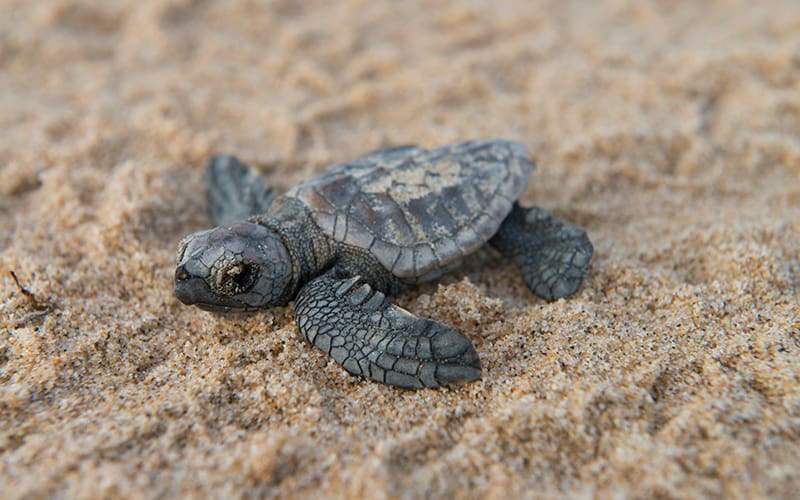 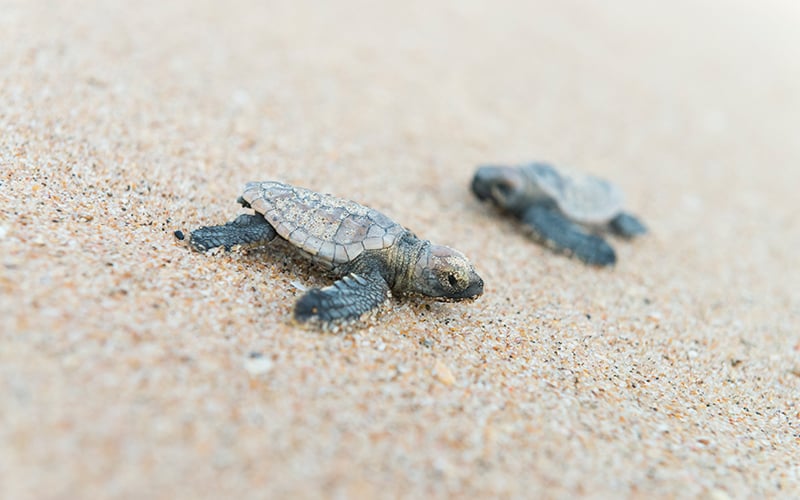 In the summer season (15 October to 15 March), it is possible to witness loggerhead and leatherback turtles hauling themselves ashore to dig nests and lay their eggs. Guests staying at Gugulesizwe Camp and Research Camp can experience evening turtle walks at Bhanga Nek.

“It all begins with an idea. Maybe you want to launch a business. Maybe you want to turn a hobby into something more. Or maybe you have a creative project to share with the world. Whatever it is, the way you tell your story online can make all the difference.”